Q & A With Abraham “Snacks” Coyne-Guff

Name of dog’s Instagram/Social Media accounts: He keeps it live but sometimes facetimes with his grandma. 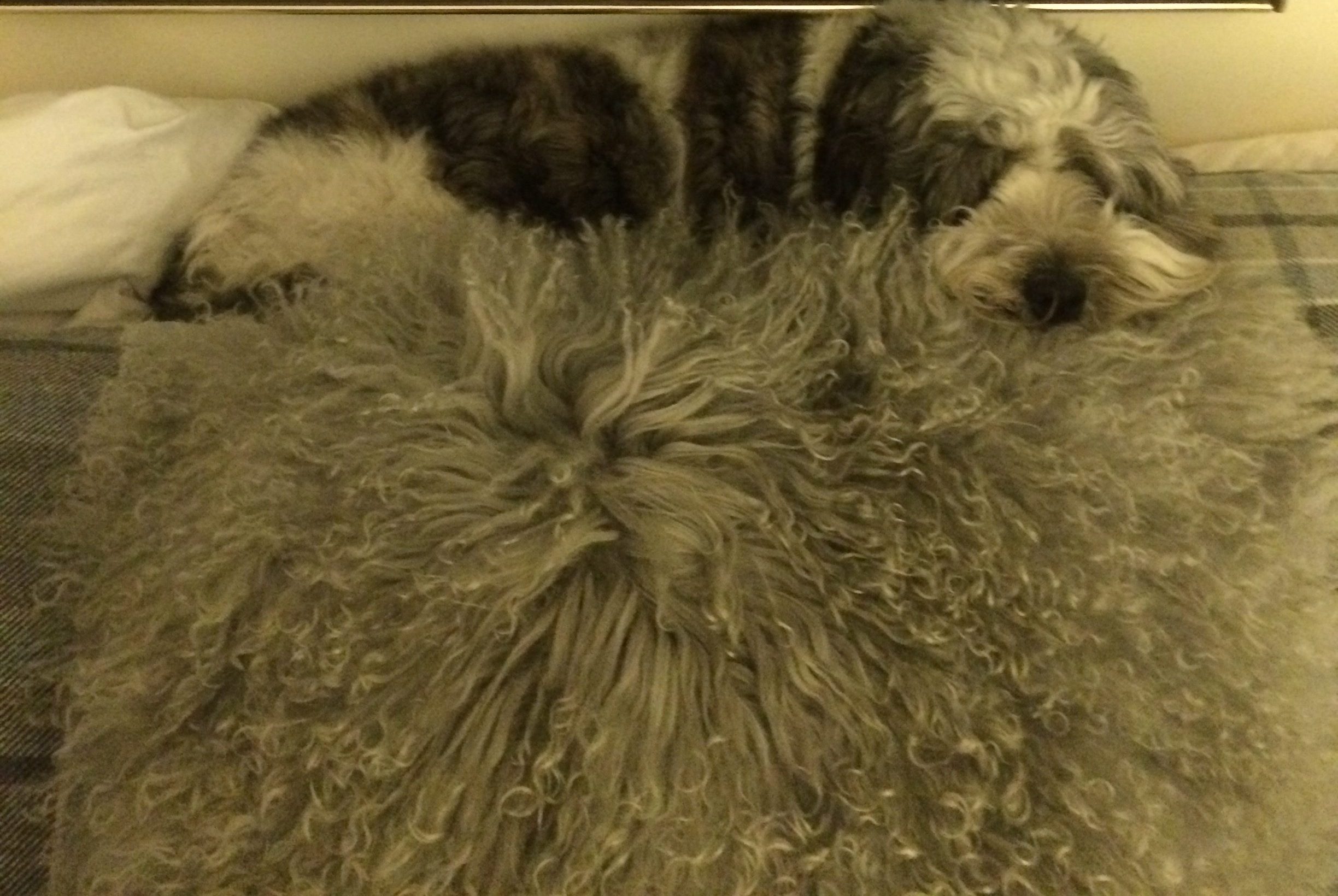 Where is Snacks from and where does he currently live?  Snacks and I connected when I lived in Austin, TX.  We’re not exactly sure where he came from – only that he didn’t interact much with humans the first six months of his life, which left him with a demeanor closer to a quiet, skittish, and fleet forest creature than a dog. He currently lives on Charles Street in the Village and has two beautiful properties – one behind my bedroom pillows and one on top of the couch cushions in our living room.

-Hiking in Prospect Park and on Bear Mountain

-Listening to Bob Dylan and eating baby carrots, surrounded by good friends who’s scents he’s familiar with and who know not to slam the door.

-Sofar Sounds concerts – wherever they may be!

Dog’s favorite outfit and/or designers: His combination of Saint Bernard tri-color and Australian Shepard merle is too delightful to cover. Although, he knows that if he ever eats out of the trash again, he will become a unique piece of haute couture dangling around the neck of an oligarch’s wife at the Bolshoi Theatre.

Favorite West Village Restaurant, NYC Restaurant or any activity/hangout: The benches across the street from us at Toby’s Coffee, 11th Street Café, Extra Virgin, Grand Banks in Tribeca, the Charles Street pier, Joe’s Pizza, the quiet Southeast corner of Washington Square Park, his cousins’ backyard in Brooklyn Heights, The Cannibal in Kips Bay, Prospect Park, Restoration Hardware, with his grandparents and aunt in Merion Station, PA, and any comfortable Hotel lobby (especially The Marlton or The Edition by Madison Sq. Park)

Interesting story about Snacks:  Where do I start? He’s friends with Kevin Spacey. He hops like a bunny. He sleeps on his back with his feet up.  A stranger on a plane once refused a first class upgrade so that she could continue sitting next to him.

Does Snacks support any causes or charities?  Emily’s Entourage! 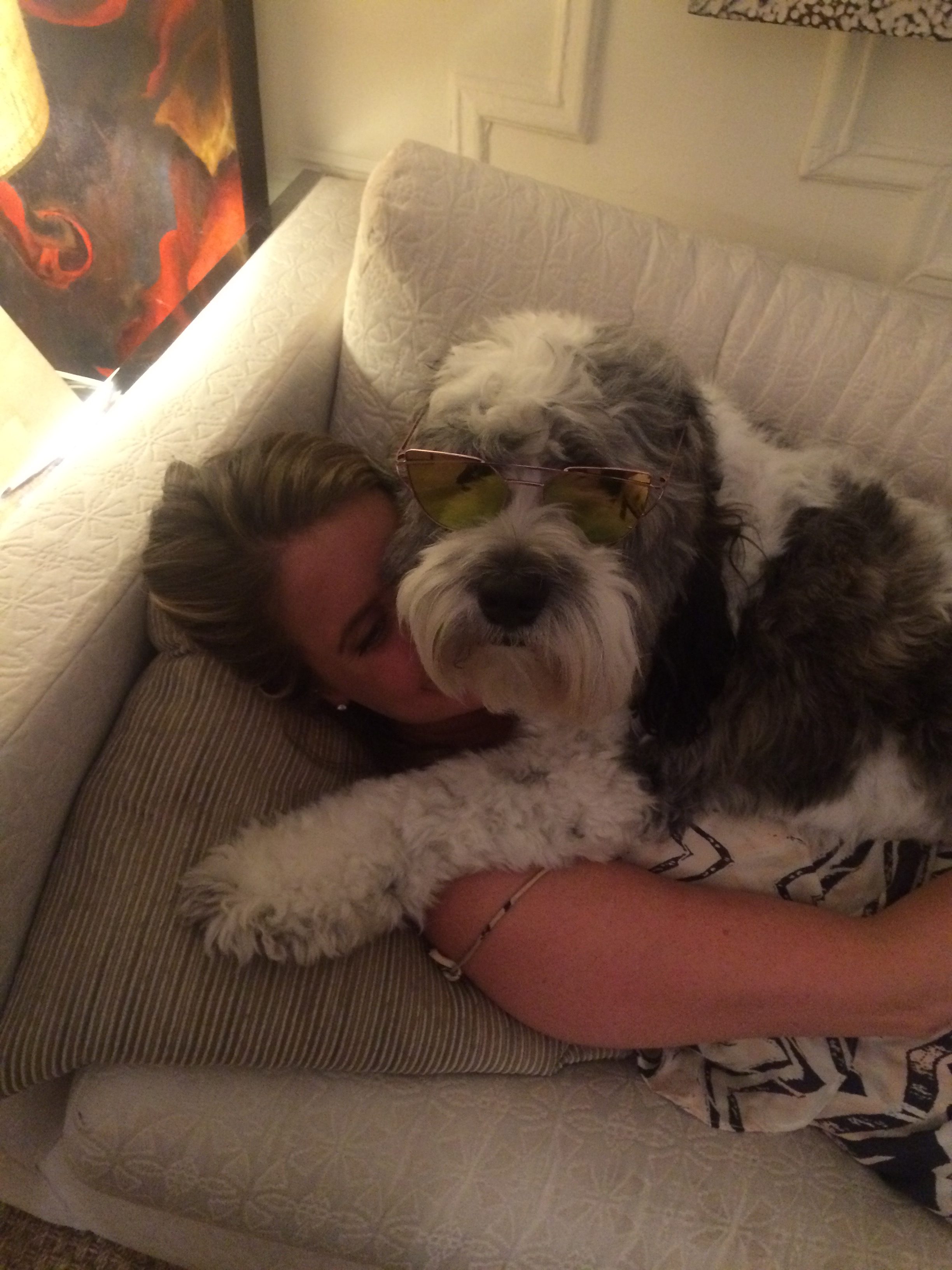 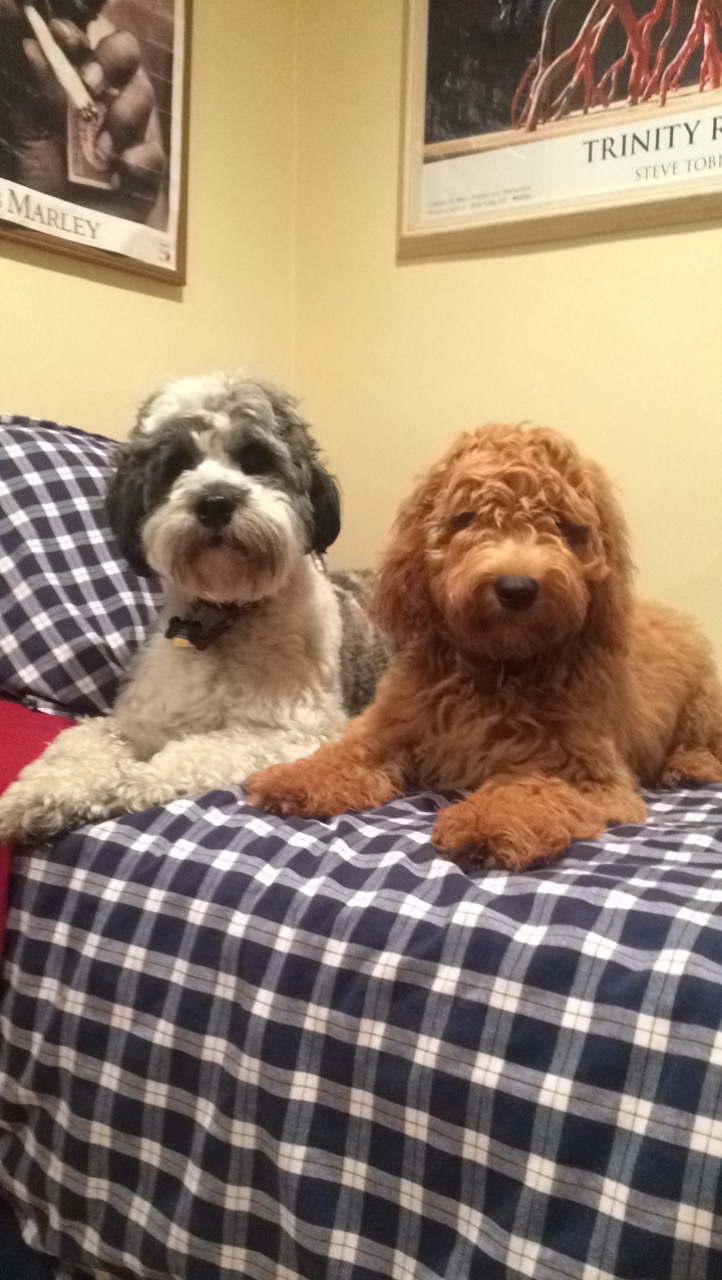